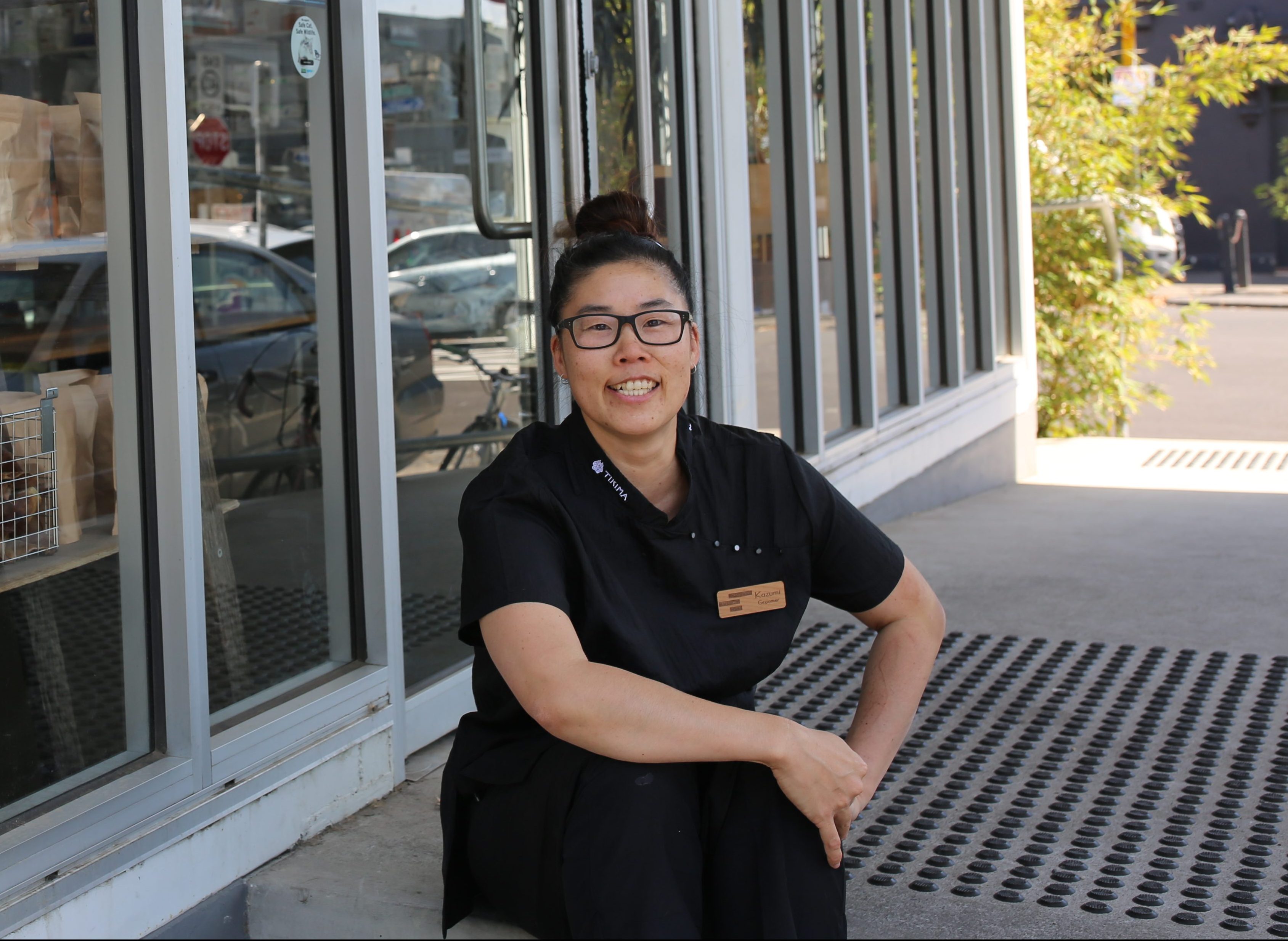 Kazumi moved to Australia from Osaka, Japan in 1999 to be closer to her sister and to study English. Kazumi began her grooming career around 2014 and worked in a large pet shop grooming salon for many years. Kazumi joined our grooming team in March 2019 and has been thoroughly enjoying the team dynamic and increasing her grooming skills alongside Kelsie and Beck. It is noted by our team that Kazumi is “a dog whisperer” as all staff dogs are besotted with her, as is her strong following of “regulars”.

At work Kazumi is always in a good mood as she is surrounded by dogs. She finds interacting with them on a daily basis very rewarding. Grooming medium to large breed dogs are one of Kazumi’s favourite things to do.

In her spare time Kazumi loves to read and go to the gym.

Back to Our Team